Free Shipping in Canada on orders over $100

Edge of the World began in 1981 in Banner Elk, North Carolina as an outdoor shop and a guide service for whitewater, rock climbing and rapeling.  Banner Elk is a small town in the 6000ft mountains of North Carolina with three small ski resorts and great whitewater, climbing and swimming holes.  That November, Dimitrije Milovich of Winterstick snowboards came by the shop selling his snowboards out of his van.  That was the first snowboard I had ever seen and having grown up skateboarding and wanting to surf this was a dream come true.

In the March of 1982 I attended my first buying show in Vegas.  Jake Burton, Chuck Barfoot, Tom Sims, and Dimitrije Milovich were in the parking lot trying to sell boards out of their vans because they were not allowed in the Ski Show.  That fired me up even more.  By the mid 80’s there were about 25 Banner Elk kids terrorizing the slopes and snowboarding got banned.  My kids said “Dad, let’s be a snowboard shop … it’s the future.”  So I took their advice.  After lots of meetings and begging we got snowboarding allowed back at the local ski resorts.

In 1986 JJ Collier won out first ever EOW snowboard series and got invited to the US Open.  Well, he won the US Open slopestyle (there was no half pipe or big air) and got sponsored by Burton and that further put EOW and Banner Elk on the map.  From the late 80’s to the mid 90’s EOW’s snowboard series kept growing and became the largest in the US and produced many national champions including my son Jake.  The EOW snowboard series was also the first to stop slalom racing and start boardercross!   So how did EOW get to Fernie ? Well for years I had been looking for a place for a second shop.  I had 3 criteria.  Great snow, great terrain, and great town.  Craig Kelly had told me about Fernie as well as Jason Ford.  If Craig Kelly lived there well, that says it all.  So we came to Fernie.  I rode up Timber, rode down to White Pass, rode up White Pass, followed a group hiking Knot Chutes.  While standing on the top of Knot Chutes I looked around and said “this is it”.  So in the fall of ’99 EOW Fernie opened.

In the 90's Craig Kelly used to come into the shop and it was always an honor. He would eat in the diner and fall asleep on the couch watching videos. He was always humble and nice to everyone. Craig moved to Nelson and started a cat ski operation and became a backcountry guide. An avalanche took him in 2003 near Revelstoke.

Credit to my kids Kelly, Luke and Jake for the inspiration. Thanks to April for everything. Credit my staffs for making it all happen. 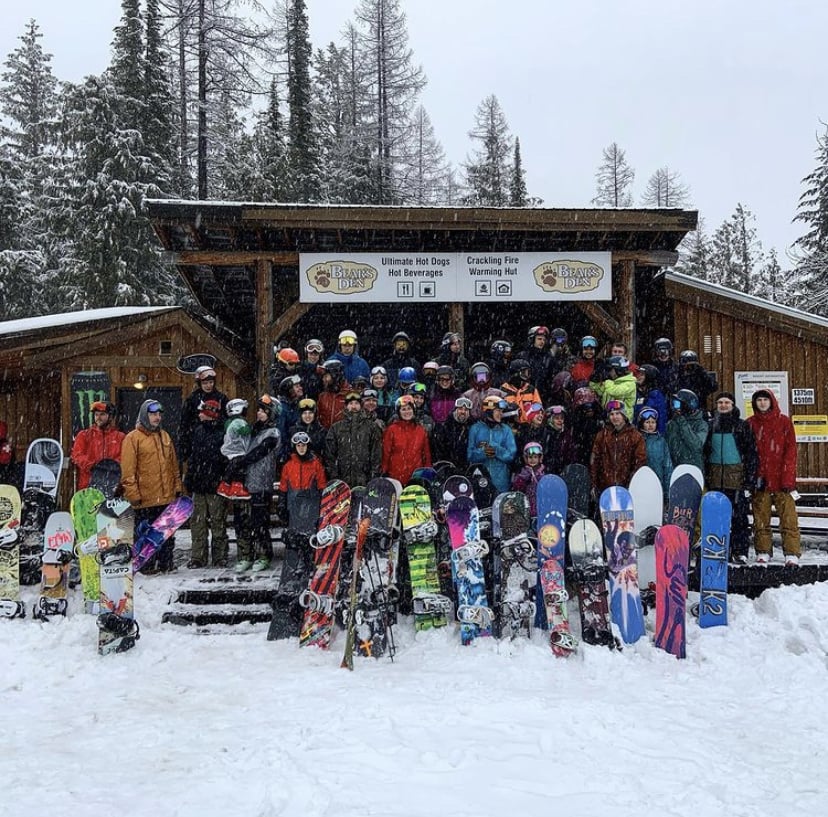